Diseases Modern Vaccines Have Erased from our Memories 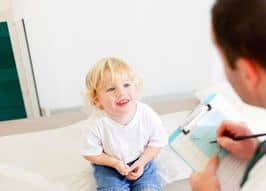 Medical advancements that have developed over the recent years have enabled longer lifespans, fewer illnesses, and increased general health nationwide. Here are some diseases that were once widespread and have become less common thanks to the implementation of vaccine schedules

Measles
Measles is a very contagious respiratory infection. They can be contracted even by being in a room where someone infected has been. Although measles is uncommon in North America thanks to vaccinations, it is still a common condition in developing countries. However, preventative measures given by pediatricians have decreased the exposure and contraction of this disease. In 2015, there were 3 confirmed cases of measles in New Jersey, showing that it could still pose a possible threat.

Rubella
Unlike many other conditions, Rubella can be passed on from a pregnant woman to her unborn child. This can lead to complications in pregnancy or even miscarriage. This deceptive disease can seem like an innocuous case of the flu with a pink or red rash that begins on the face and spreads down the body. Since most people are now on a routine vaccine schedule, the MMR vaccine prevents this disease from infecting the mother or child.

Rotavirus
Common symptoms of Rotavirus are severe watery diarrhea, vomiting, fever, and abdominal pain. This disease can lead to extreme dehydration. Without timely attention from a pediatrician, this disease can result in death in young children.

Hib
Scientifically known as influenza type B, this disease can result in meningitis, bacteremia, pneumonia and other illnesses. These illnesses may result in damage to the brain, hearing and immune system. Between 3% to 6% of all Hib cases in children are fatal.

Mumps
Commonly noticed by symptoms of puffy cheeks and swollen jaws, mumps is a disease that causes the swelling of the salivary glands. It is extremely contagious and it cannot be cured. However, it can be prevented with the same MMR vaccine used for measles, rubella, and other diseases.

Despite recent debates about the validity of vaccines, it is undeniable that the intervention of medical advancements has greatly reduced what were once common and fatal illnesses.